Home > Computer > Windows > Should I upgrade to Windows 11? How to update Windows 11

Should I upgrade to Windows 11? How to update Windows 11. Launched on October 5, 2021, the official Windows 11 has always been the most discussed topic, specifically about whether to upgrade or wait for a more complete version. Obviously, this upgrade to win 11 will have its own pros and cons.

If you also want to know and are hesitant to upgrade to Windows 11 or not, then in this article there is quite a bit of useful information for you.

Windows 11 has been officially released by Microsoft to users. Windows 11 allows you to upgrade for free on eligible Windows 10 computers and new computers that have Windows 11 pre-installed. In addition, Windows 11 with drastic changes in appearance and design and many more Other features have made this a highly desirable version of Windows. In this article, we will show you how to upgrade to the official Windows 11 on your computer.

Should I upgrade to Windows 11?

11 advantages when you upgrade Windows 11

Unlike Windows 10, there are many new wallpaper collections. Win 11 is modified and improved differently making the upgrade more attractive than the old version. See the article on how to install windows 11 here.
The interface design is like a beautiful mirror
The design of the Desktop for Win 11 is modeled after the image of the glass. Therefore, all icons on the desktop are clearly displayed, from windows to menus. Transparency is also clear when accompanied by effects: background blur, shadows and rounded corners are also taken care of. The improved interface is smoother and more flexible than Win 10, about this you can be completely satisfied when installing win 11.
Bar Bar Converts to Dock
Similar to Mac OS and Linux operating systems, Windows 11’s Task Bar can be converted into a Dock. You can easily align icons, a very useful feature when Windows 11 applications are on touch devices. For those of you who are used to the traditional bar, you can still move the icons to the left.
Widgets are back
Widgets in the official version of Windows 11 are personalized to help users easily track and access the information they want to read with the Microsoft Edge browser. This browser is appreciated for its performance, speed and many other features. So users can use it more optimally than a normal web browser.
Widgets in Windows 11 and back
Supports easier access to Snap Layout and groups
Snap Layouts, Snap Groups, and Desktops features allow users to optimize screen space and multitask.
The best operating system for gamers
It can be said that at the present time Windows 11 is the best version for gaming. Thanks to the ability to exploit the full potential of the hardware with many new technologies such as: DirectX12 Ultimate, Direct Storage and Auto HDR. For Xbox Game Pass players for PC or Ultimate, players can easily access over 100 games for a reasonable fee.
Get more apps with the Microsoft Store
The Microsoft Store store was launched with the Windows 11 operating system, with a new modern design. It gives users a new experience where they can easily find and download apps, games or movies.
Operating system for people with disabilities
With many accessibility enhancements for people with disabilities built by them. It can be said that this is the most user-friendly design version ever of Windows.
Connect faster with Microsoft Teams
With Win 11, users can easily chat through the chat feature of Microsoft Teams integrated right on the Taskbar. Users can connect quickly via messaging, chat, video, anywhere. In case, the person you’re talking to hasn’t downloaded the Teams app yet, you can still connect with them via two-way SMS.
Suitable for touch devices
It can be said that Windows 11 possesses optimal speed and performance, suitable for touch devices, digital pen and voice control functions.
The perfect operating system for every working model
The released Windows 11 operating system is very suitable for the integrated working model. Installing Win 11 gives users a trendy experience and ensures high security. Besides, it also maintains familiar deployment and management tools for IT teams.
Using Android Apps on Windows 11
Update Windows 11 with built-in Android applications, which is different from Win 10 when you run an app that needs to be controlled via your phone or install an emulator browser. You can easily install apps, games by clicking on the icon, it will appear on the screen like a Windows software.

Besides the advantages, obviously Win 11 also has disadvantages and some bugs. Since this is a newly released operating system, it takes time to update windows 11 to fix errors like previous versions. You can see specific errors and how to fix windows 11 errors here.
These disadvantages are not too complicated, something like:
The design of windows 11 still has a few “confusing” points.
Windows 11 offers the same Taskbar and Start menu and File Explorer as Windows 10, but with a rather strange layout, icons, and navigation. They won’t be as effective as using Windows 10 until you learn the ins and outs of Windows 11. Do you know how to pin an app to the Start menu? Move it to the top? Can you accept the lack of folders in Windows 11? If not, then Windows 11 might not be for you.
The same goes for File Explorer. Microsoft’s navigation system for performing basic tasks like renaming files has been replaced with cryptic and hard-to-remember icons.
Taskbar and Start menu are not flexible
The Taskbar and Start menu are both less functional in Windows 10. Windows 11’s Taskbar is automatically centered, pushing the Start menu icon farther and left as more apps are opened. You cannot resize or move the Taskbar, and instead, the user cannot view the icons in tabbed mode with text explanations.
Currently, the Windows 11 Taskbar cannot be moved or resized, nor can it minimize or replace icons with text tabs.
Missing features for gamers on windows 11
For a certain group of users — PC gamers, Microsoft’s new DirectStorage technology could be Windows 11’s biggest selling point. We also think many Windows 11 users will also be surprised to find out. discovered that they could run smartphone-style Android apps on Windows 11 desktops. But neither of these features will be available when Windows 11 launches on October 5.
Set features for gamers on windows 11
Microsoft hasn’t really shown what Android apps will look like on Windows 11, but if you own a Samsung phone or a Surface Duo phone, you can pin Android apps (which run on your phone) to Start menu of Windows and desktop.
DirectStorage, helps gamers eliminate wasted time launching games and pick up where you left off, and it’s a literal game changer. But DirectStorage also requires at least one NVMe SSD of at least terabytes or more, and it requires game developers to tailor games for the DirectStorage SDK. Neither seems to be available at launch of Windows 11 (and DirectStorage will also be available on Windows 10).
If two of Windows 11’s biggest features weren’t available at launch, why get windows 11?
Widget error on windows 11
New operating system contains new code and new code means bug. This is a bug that empties the Widget window and prevents you from entering fields inside Windows 11 Mail. And in the past, we have seen Windows bugs related to feature updates that actually delete user data.
While we think Microsoft will fix this with launch, the blank Widgets screen is just one of the glitches we’ve seen when testing Windows 11 for ten days or so before launch.
Some other disadvantages appear on Win 11
Win 11 requires a high-performance computer to upgrade.
Skype has been removed from the list of default Windows 11 apps. So, if you want to use it, you have to install it manually.
Cortana virtual assistant is also no longer integrated in this new version. Timeline is also forgotten.

Who should not update Windows 11?

If your computer uses an AMD chip
Some users who use computers with AMD chips are advised not to upgrade to Windows 11. The reason is that the ADM chip will lose performance when running on this operating system. The company also said that all chip versions are affected. So if you upgrade to win 11, the computer will experience jerks and crashes when running heavy tasks such as watching videos, playing games, ….
When you want to use a stable operating system
Although the official version has been released, it is clear that Win 11 still has quite a few errors during use. Users have also complained a lot about errors when upgrading to Win 11. The errors are reported by users such as: can’t open the Start menu, can’t right-click on the Desktop.
The common feature that many users encounter is that the exhaust fan is louder and the temperature is higher when using Windows 11. Many people also experience laggings when updating windows 11 even though the computer worked very well before.
Although much expected and has released the official version. But the launch of Windows 11 is still not really complete, one of the much-anticipated and advertised features, like Android application support. It is still not equipped on Win 11. So if you want to use a stable and safe operating system, you should not download and install Windows 11 early. Please wait for more time for the errors to be fixed and then upgrade.
At some point in the future, we believe Microsoft will ship Windows 11 top features, improve the user interface, fix (most) bugs, and hopefully tweak the user interface and features.

How to update Windows 11

This is the safest and most secure way to update your Windows 11 mainstream. Upgrading Windows 11 from Windows Update gives you peace of mind that your computer is fully compatible with this new operating system and is free of serious errors.

Step 2 . You will see an official invitation to upgrade to Windows 11 from Microsoft, click Download and install to start installing Windows 11 officially. Step 2 . Select Stop getting preview builds > turn On Unenroll this device when the next version of Windows releases. Your computer will automatically disconnect you from the Insider program, and only receive the official Windows 11 update to update.

*Note : This method is only for users who are familiar with computers, and you should only use this method on secondary computers to avoid unfortunate problems. The safest way is still to update through the official Windows Update from Microsoft.

Step 1 . You access the website below, in the Windows 11 Installation Assistant section , select Before you begin to read the upgrade conditions.

*Note : This method will install Windows 11 on your computer from scratch, wipe all data and you will have a completely new computer. Similarly, this method should only be used by people who know computers and the best way to update is through Windows Update.

Wish you have a great experience on the official Windows 11. Any more questions, please comment below.

Ngolongtech hopes this article would help you!
Visit Macwintips.com to update the most practical and useful tips for Mac and Windows! 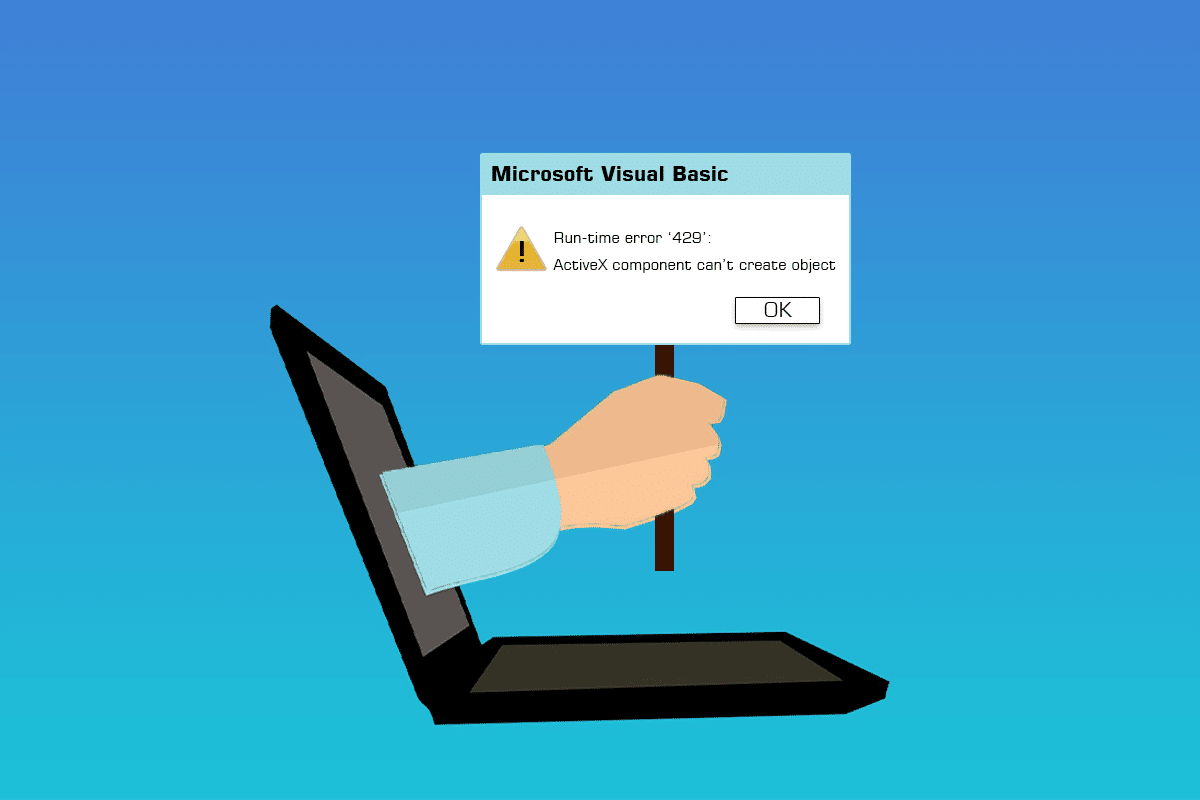 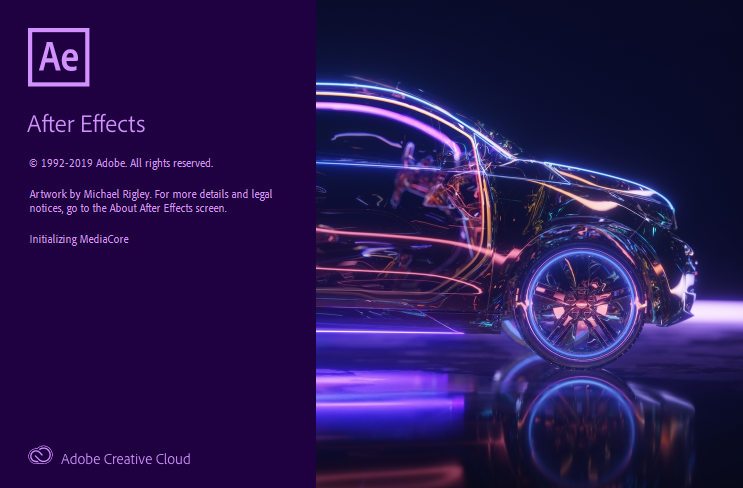 How to quickly uninstall After Effect