Comment of Manchester united fans when they lost 1-2 at UEFA Super Cup runners, This is the first time lukaku is facing such disturbing defenders, so I think he really tried, any player can miss such chance….. Its not easy to face world class defenders without tension & real Madrid won Bayern, atletico Madrid, juventus with nothing less than 4 goals in a single match & this means we can make it, its just leading by one……. Up up united we can do it

We should sell Martial. Such a top talent and wasted on bench for Lingard, Rashford and Fellani. Better he moves elsewhere and shows his potential 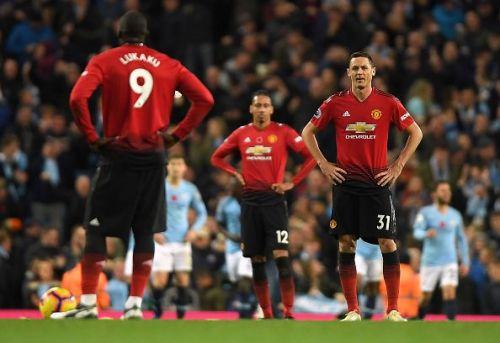 Well i think the problem with Mourinho is being scared to lose..starting defensive minded players will only mount pressure on ourselves.
Please change your tactics! we may not get the same luck as last season…Attack is the best form of defense!!!
P.S I hate to say this,but Martial should go to a club where his talent will be appreciated

Oh really why the hell did Mou leave out Martial and Mata? Our two playmakers and that has costed us alot! Sincerely speaking Pogba today played soo poorly. He couldn’t even complete a single accurate through ball/pass. De Gea was Superb with some stunning saves he Made. #Matic and the Belgian International #Lukaku were on top of their games. Anyway right now Real Madrid are a better team compared to us. I don’t care loosing this Pre-season Small trophy as long as i know that my team is the best!

Rashford needs to grow up. You can’t waste such a glorious chance.

Pogba is totally not worth 105M. He’s nowhere close to Casemiro, Kroos,Rakitic, Pjanic, Kante, Naiggolan…. He’s even no better than our new signing Matic. Pogba must have been worth 40M. Lukaku is not worth 80M too, he’s nothing good but his physical and space. Our squad value is in top 3 of the world but I think it’s because of the leaders’s stupid buying in recent 4 years. Our squad value is not deserved in top 20 of the world